Most fire companies were organized as a result of big fires. The Swedesburg Volunteer Fire Company was as unique as it was organized during World War II to protect the community and Upper Merion Township as part of civilian defense.

At the time, Swedesburg was Upper Merion’s most heavily populated area with over 1,000 residents and with many industries, which were producing materials for the war.

After its organization on February 16, 1942, weekly meetings were held alternately in Polonia Hall and the American Citizens Club. Elections took place on February 23, 1942.

On May 11, 1942, Montgomery County Courts incorporated the fire company. Committee meetings were often held in Michael Brodowski’s tavern and in Stanley Knasiak’s barbershop to plan for an apparatus and a building.

The company’s first fire engine, a Hale-Ford 500 GPM pumper was purchased for $5000 after approval by the War Production in Washington, D.C. After the fire company received this truck in October 1942, James Lee & Sons Company offered a garage for its housing. A few days later the apparatus responded to the fire-explosion at the home of Andrew Szpindor on East Forth Street. The first piece of hose was loaned from the Goodwill Fire Company in Bridgeport.

During its early days, the fire company was greatly aided by an advisory board consisting of Joseph L. Eastwick, President of James Lees & Sons Company. Joseph K. Shoemaker, Chairman, Upper Merion Board of Supervisors; and Judge Fredrick B. Smillie, then company solicitor. Also in those days, many individuals worked long hours for the benefit of the new organization. Watson Kunda donated the first fire company seal. G. Raymond Schultz was elected fire chief in 1943 and served 15 years. Bernard S. Gutkowski Sr. was company president for a term and organized the Ladies Auxiliary in 1946. He was secretary of the Upper Merion Fireman’s Relief Association from 1947 to 1963, after which he served as president until 1966.

Funds were tough to come by during the war years so many supporters helped by pounding on doors for donations. The Magnificent contributions of the James Lees & Sons Company in providing funds and property for the erection of the first firehouse on Church Road in 1951 was most appreciated. From 1942 to 1950, the Upper Merion Supervisors appropriated $1,000 annually to the fire company.

Answering the fire calls was a big job too; Michael and Frances Brodowski handled this phase for the company for 12 years. The tower fire siren was located on their building.

Then, when the Pennsylvania Turnpike Delaware River Extension was built through Swedesburg, the new firehouse and 32 homes had been raised for the super-highway. Things looked gloomy but once again, the membership and community rallied. The property was bought on Jefferson Street and Roosevelt Avenue and the present firehouse was built in 1954. In addition to the existing building was completed in April 1991 with a bigger engine room, a radio room, firefighters’ room, meeting room, and offices.

When the present firehouse was completed, Bernard and Pauline Gutkowski, who resided across the street, took care of the fire calls; they provided this service for many years until the Montgomery County Fire Dispatch tone system was installed.

Established during the war, the Junior Firemen’s Corps provided a proud cadre and nucleus for leadership. Representatives of this corps were Walter B. Gutkowski, fire chief for 20 years; John Kopacz; Stanley A Leszczynski; Romuald Salkowski; Bernard S. Gutkowski, Jr.; Edward Keszczyk; James Costello and many others.

In 1951, many homes in Upper Merion were still beyond the reach of fire hydrants but the idea for the solution -- a water tanker – was born. Tose, Inc. donated a chassis; Alan Wood donated the steel, Welding Engineers fabricated the tank and fenders, Stanley Mateja Garage donated the painting and Kunda Sign Company donated the lettering on the truck. This then produced a 1400-gallon water tank truck. This type of vehicle provided a very valuable service in those days that demonstrated the can-do spirit of the organization.

In 1975, the company established itself as a vehicle rescue unit with the primary tool being the “Jaws of Life” Hurst Tool. In 1983, Swedesburg Volunteer Fire Company was one of the first to be certified in VRT (Vehicle Rescue Techniques). Shortly thereafter, in 1985 they acquired a new air cascade truck, equipped with 12 high-pressure bottles, one of the largest in the area.

1986 saw the Swedesburg Volunteer Fire Company broadening its horizons by entering into “rapid water rescue.” Swedesburg bought its first boat and qualified 30 personnel through hours of training. Rick Pizzico was named the first water rescue captain. Today, three boats and assortments of rescue and rope-rigging equipment stand ready for the water rescue team. 1986 also saw the inception of 5-inch hose as its primary water supply source, with a flow rating of 2,000 gallons per minute.

Equipment added in 1987 consisted of lightweight high-pressure air packs that allow firefighters a wider vision and optimum firefighting safety with a lower fatigue level for firefighting. A mobile 56 CFM air compressor was added in 1989; this was the largest in the area, filling Swedesburg’s cascade needs as well as those of neighboring companies.

The 1991 E-One/Spartan 2000 GPM engine was purchased to replace the 1973 American LaFrance engine, which had served its time. The truck provided seating for 10 firefighters and transports them comfortably and safely. This piece carries 2500’ of five-inch hose and responds to all calls pertaining to the Pennsylvania Turnpike. Additional equipment purchased in 1991 consisted of 400 gallons of foam, containment booms, and tank repair kits to control hazardous material (Haz-Mat) incidents.

In 1992 the rescue team expanded its functions once again by joining the elite few who qualified in “cold water” or “ice rescue.” This was accomplished when firefighters attended schools on frozen lakes in the Pocono Mountains in the dead of winter. Specialized ice rescue suits to protect firefighters from the freezing water temperature were purchased along with ice rescue “rigs” built to enable firefighters to save any person who happened to fall through the ice on any frozen pond, stream, quarry or river in the community.

In 1996 a new engine was purchased to replace the 1981 American LaFrance engine. The new engine was a 1996 KME pumper. This apparatus featured a ten-man cab, an 8 kW generator, a 1500 GPM pump, and could carry 2200 feet of five-inch hose. This piece of apparatus is still in service today and is known as Pipeline 49.

In 2003, the Swedesburg Volunteer Fire Company hosted its first annual 4th of July Parade, held on Saturday closets to the 4th of July. All children from the surrounding communities are invited to decorate their bikes in the spirit of Independence Day and to ride in the parade. Bikes are judged and 1st, 2nd, and 3rd prize trophies are awarded. The company provides free hotdogs, hamburgers, water ice and refreshments to all guests in the firehouse social room. There is also a dunk tank and a Dalmatian dog moon bounce for some extra fun.

In 2004, the HME/Horton special service unit replaced the 1985 Hahn/Salisbury rescue truck. Utilized as Upper Merion Township’s main service apparatus, this truck has two 6000 watt light towers, two generators capable of supplying 100 KW of power as well as an onboard air compressor and bottle filling station for replenishing air packs at a fie scene. This truck has won awards at the Pennsylvania State Firemen’s Convention two years in a row.

Also acquired in 2004 was a Ford Expedition to replace in 1996 Ford Bronco. This piece of apparatus is designated as the chief’s vehicle/command vehicle. The truck is also used as a manpower transfer vehicle, to and from fire scenes.

In 2008, the 1986 Ford/Horton marine unit was retired from service. The truck was sold to the Mahony City Fire Police. A new fire police unit arrived shortly after the old marine unit was sold. The new traffic unit is a Freightliner cab and chassis and the box was built by the Custom Manufacturing Company located in New Jersey. The new traffic unit had a built-in generator, powerful scene lights, and air conditioning for the crew. The old traffic unit, a 1991 Chevrolet, was then converted to the current marine unit. The mounting of the equipment was completed by the members of the fire company.

In 2010, a Sutphen engine was purchased to replace the 1991 E-ONE. The new engine was built by three different manufacturers. The cab and chassis was built by the Sutphen Corporation of Ohio, the elevated waterway was built by Snozzle in Texas, and the body was built by Precision Fire Apparatus of Missouri. This unit was the first of its kind in the township. Special features of this apparatus include 2200' of LDH, a 50' elevated waterway, a six-man cab, and a thermal imaging camera mounted on the tip of the waterway. The old engine was donated to the Montgomery County Vo-Tech School.

The Swedesburg Volunteer Fire Company is believed to be the first in Montgomery County to participate in a ritual of blessing fire trucks; this practice began in 1942 when the company chaplain invoked God's protection on the vehicles and those who ride them. No one ever needs to be reminded of the dangers encountered by members of the fire and rescue services in Upper Merion Township.

After 75 years of dedicated service to Upper Merion Township, Swedesburg Volunteer Fire Company Station 49 will be retiring its current designation. In an effort to streamline the fire services within the township our station along with all others in the township and unit designations will be changed effective 06:00 Monday, February 3rd.

Along with these changes after 24 years of faithful service Pipeline 49 will be retired and placed out of service. Pipeline 49 will be sold as a part of the townships apparatus replacement plan. Swedesburg Volunteer Fire Company will continue to serve Upper Merion with the same dedication it has for over 75 years. 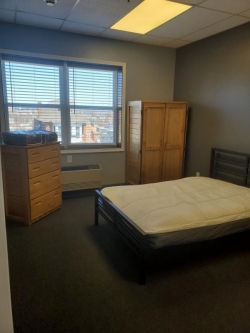 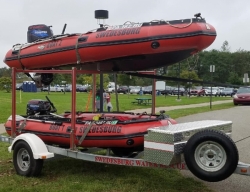 This site has been viewed 99,029 times.
Calls
News
Events
Pictures
Apparatus
FollowTweet
Maintained by the members and staff of Swedesburg Volunteer Fire Company. Designated trademarks and brands are the property of their respective owners. Copyright © 2006-2022. YourFirstDue Inc. All Rights Reserved. Content on this web site is supplied by Swedesburg Volunteer Fire Company. YourFirstDue Inc. cannot be held responsible or liable for any content, text, pictures, or any other media found on this web site.
Management login
Powered by